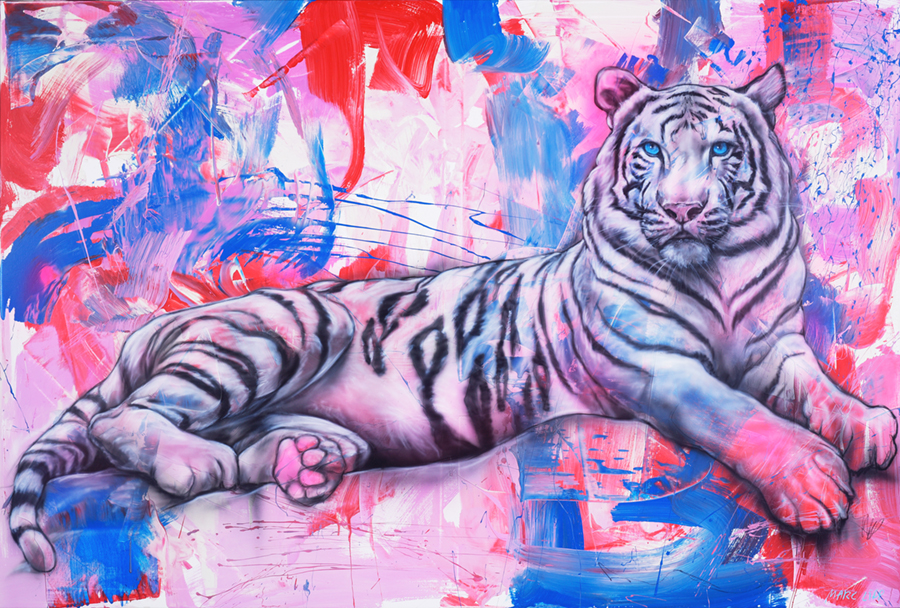 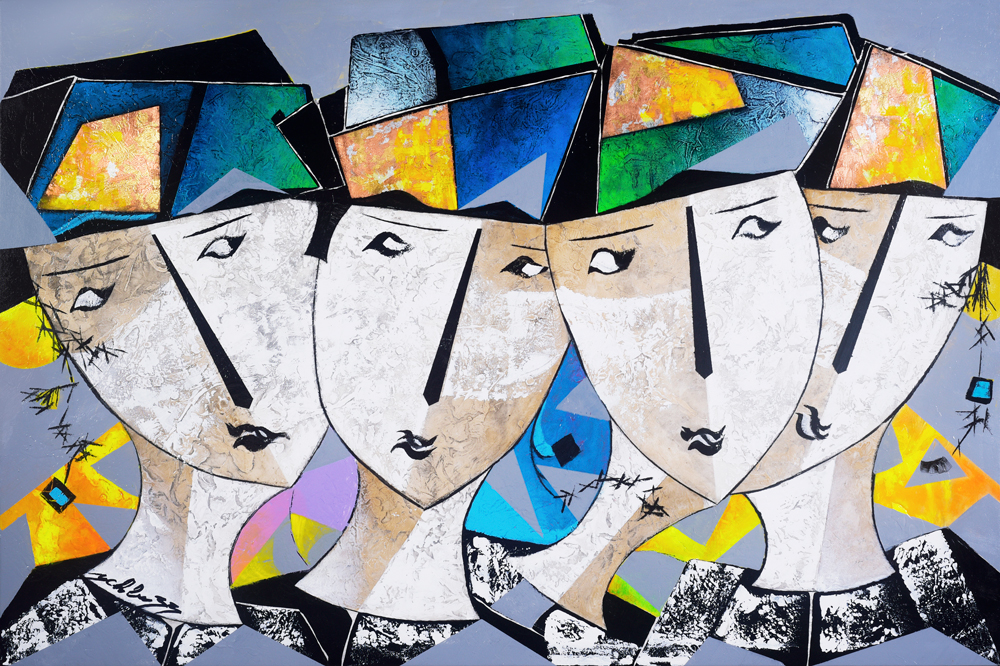 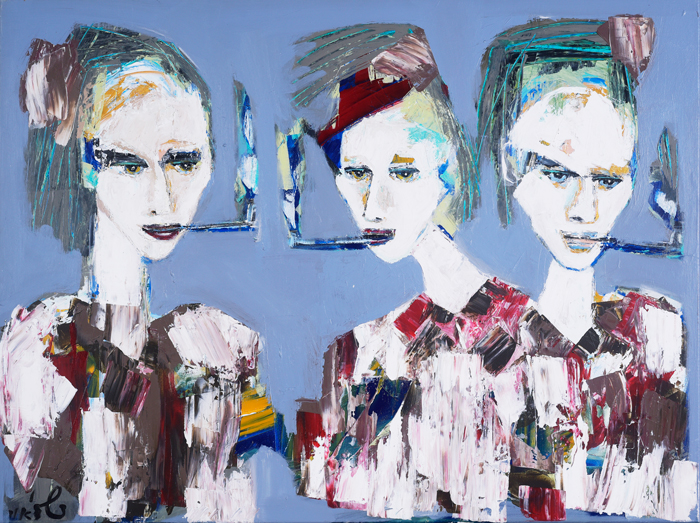 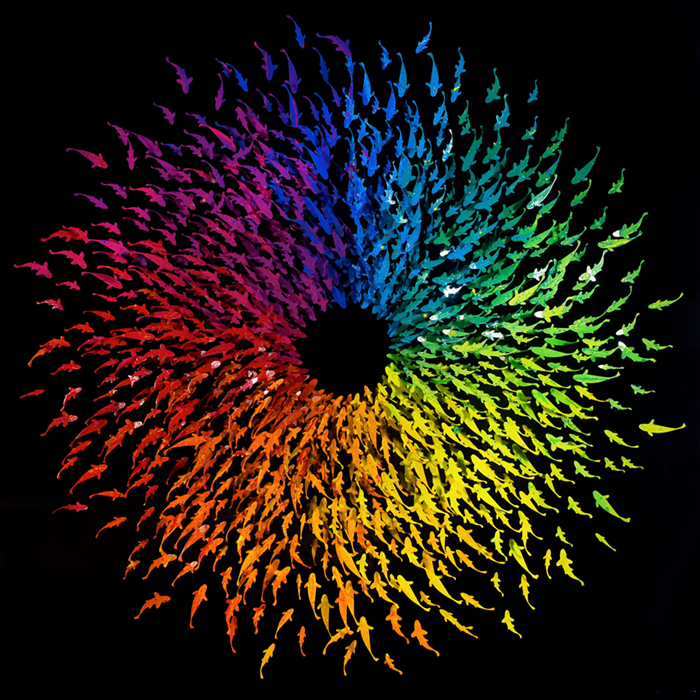 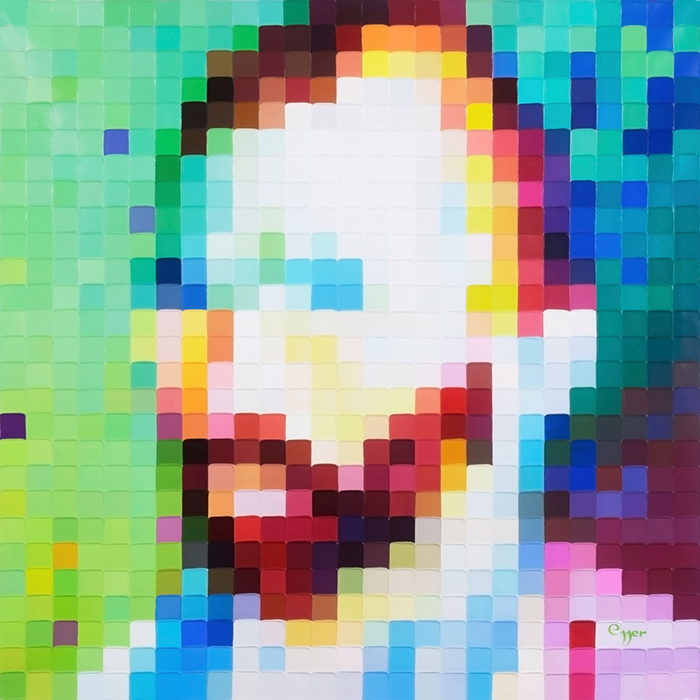 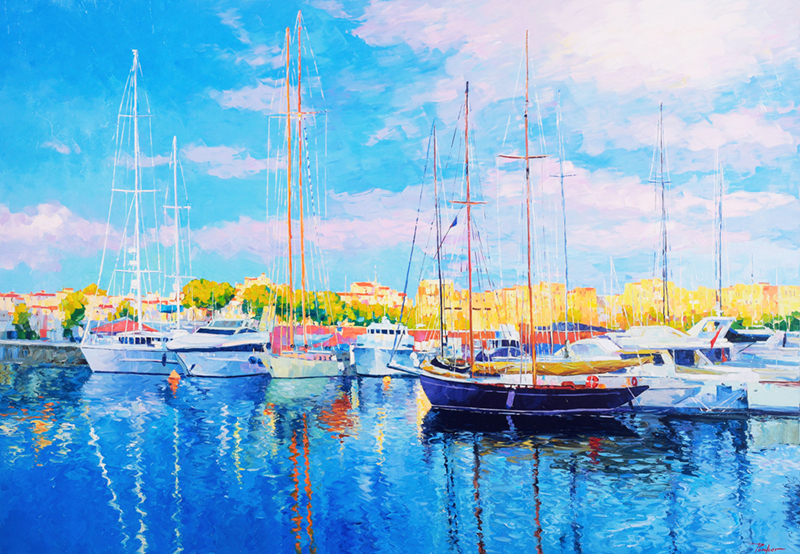 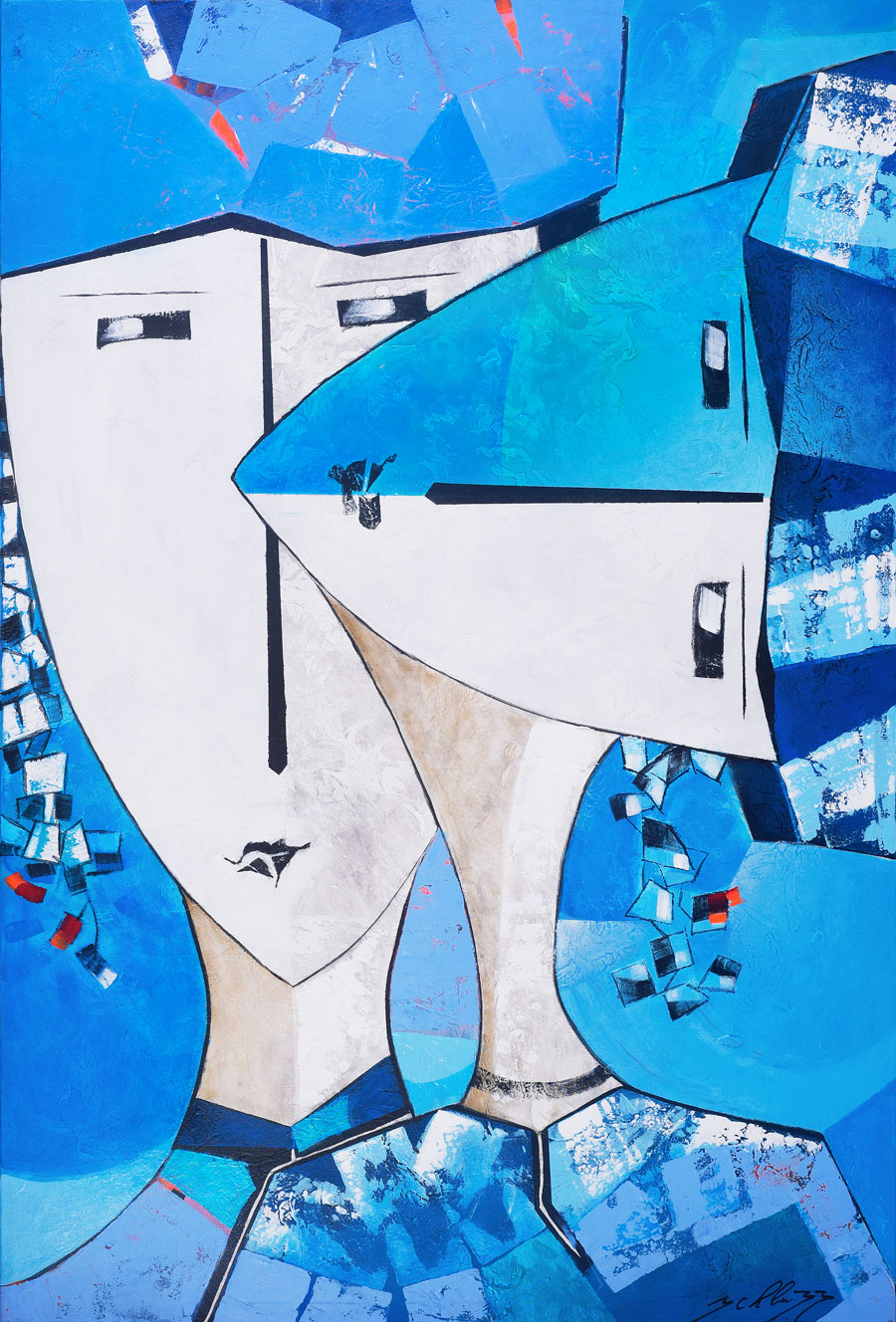 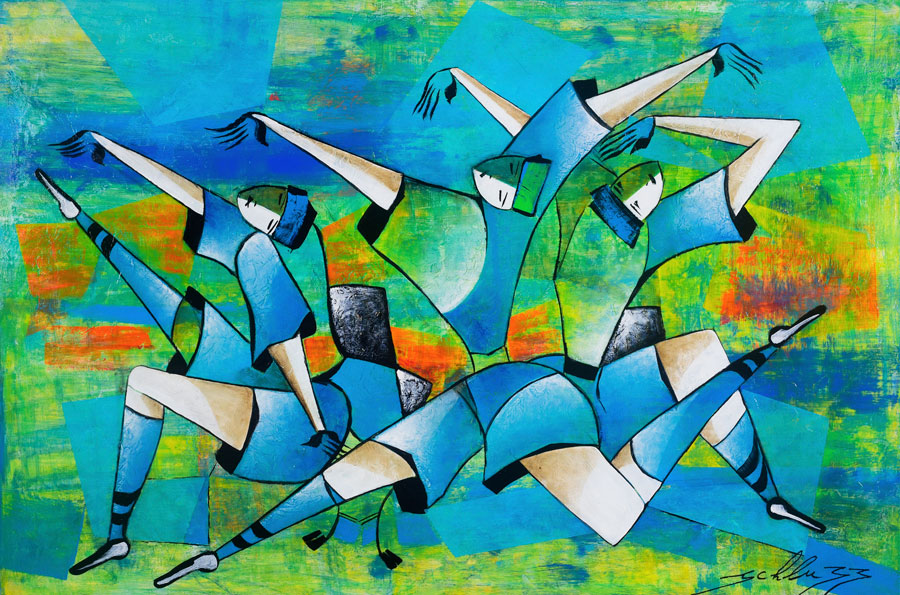 Isaac Kahn was born in Lithuania in 1950. He began his studies in 1966 at The Art Institute “Dr. Israel Goldstein” in Jerusalem, where he received his degree in sculpture and painting. During this time he took advantage of painting courses at the Bezalel Art School. In 1974, Isaac moved to Montevideo, Uruguay, to attend the University of Plastic Arts, where he specialized in sculpture. There he worked with a group of sculptors and made both the seal of arms of Uruguay and a Diorama, now on display at the Cours of Justice in Montevideo.

In Isaac’s paintings, he attempts to make it appear three-dimensional by presenting his figures to us in multiple viewpoints, seen from different angles and diverse perspectives. His approach to the human figure is portrayed through the redefinition of pictorial space, the reduction of the human anatomy to geometric form and the abandonment of the body’s normal proportions. What he seems to do is organize his perceptions and recompose them into a figurative sequence in which he has concentrated the highest degree of visual unity and a moment of observation.

Isaac Kahn first showed at the International Art Fair in Tel Aviv in 1977 and in the next year exhibited at the Museum of Modern Art in Eilat, Israel. In 1991 Isaac moved to Italy and participated in several one man shows and group exhibitions. His works have been exhibited from Italy, Uruguay, Tel-Aviv, Jerusalem, London, Toronto, Paris and throughout the United States.

Today Isaac Kahn resides in both Italy and Israel. 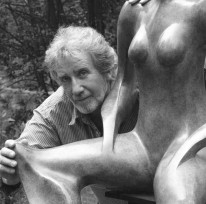